FDA Issues Warning for Supplements That Include Biotin

Understanding the Non-Cosmetic Benefits of Septoplasty 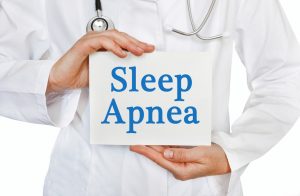 Sleep apnea is a common disorder causing a person to stop breathing periodically when they’re sleeping. Common signs of sleep apnea include snoring or other breathing issues that interrupt sleep and extreme fatigue during the day time. Unfortunately, because people don’t take their snoring seriously, about one in five U.S. adults have an undiagnosed case of mild sleep apnea. However, sleep apnea should be taken very seriously. With that in mind, this article is going to discuss common symptoms of the condition, the three types of sleep apnea, and options for sleep apnea treatment.

What Is Obstructive Sleep Apnea?

Obstructive sleep apnea (OSA) is the most common type of sleep apnea. OSA is caused by a blockage of the airways during sleep. When a person is asleep, their throat muscles relax, allowing the tongue to fall back into the airways and block airflow. An apnea event occurs when the air is restricted from moving beyond the obstruction. When this happens, a person chokes in their sleep, and thus blood flow to the brain is reduced until the brain signals the body that it needs to breathe. This often causes loud gasping or choking sounds as the person attempts to breathe past the obstruction.

What Is Central Sleep Apnea?

Central sleep apnea (CSA) arises when someone’s brain temporarily fails to signal the muscles responsible for controlling their breathing. CSA is more of a communication problem between the brain and muscles. This condition is much less common than OSA and is often caused by medical problems and other conditions affecting the brainstem.

What Is Mixed Sleep Apnea?

Due to the complexity, there is currently no best treatment method for mixed sleep apnea. However, CPAP devices set at the lowest possible pressure setting can successfully keep obstructions at bay and reduce the risk of CSA symptoms developing.

When to Visit an ENT Doctor

An ear nose and throat doctor should be seen if snoring becomes loud enough to disturb the sleep of yourself or others, you’re being awakened by shortness of breath or choking, or if you experience intermittent pauses in your breathing when you’re sleeping. Additionally, if you experience excessive daytime drowsiness, you should consider visiting an ENT specialist to discuss sleep apnea treatment options.

Unfortunately, many people don’t take snoring treatment seriously. However, not everyone who has sleep apnea snores. Because of this, you should be sure to talk to your doctor if you are experiencing any breathing issues that are interrupting your sleep.

Understanding the Non-Cosmetic Benefits of Septoplasty

FDA Issues Warning for Supplements That Include Biotin

Visiting An ENT Doctor For The First Time? Here’s How To Prepare